Discover the beauty of Liptov

Tatralandia Holiday Resort is the largest year-round area of ​​water entertainment with accommodation in Slovakia, Bohemia and Poland. Located in the Liptov region - an area with many cultural monuments, a peculiar folk culture and folklore surrounded by the largest Slovakian mountains - Vysoké and Low Tatras, Veľká a Malá Fatra, Chočské vrchy. 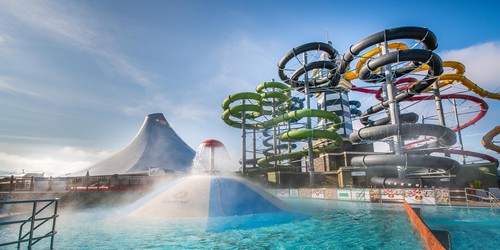 Regenerate body and mind and forget about worries. This is also the sauna in Bešeňová. Pleasant revival is the daily saunas. They are prepared by their experienced saunasters by means of hot air swirling and the dissolution of ice with an aromatic component. From a depth of 2 km geothermal water with a temperature of 60.5-63.5 ° C. The first pools, then the thermal swimming pool opened to the public in 1993, and three years later they built greenhouses.

They are located on the border of Orava and Liptov under the Chočské vrchy. Today it is the famous spa center of Slovakia. The first bathroom building was built by Adam Turjanský in 1761. In the 19th century they became part of the Likava cameral estate. New building with a dining room and guest rooms was built by Wisner von Mongesten. In particular, gynecological diseases such as primary and secondary sterility, infertility, uterine developmental disorders, conditions after gynecological operations, complications following abortion, post-irradiation conditions, and the like. The decisive factor in complex spa treatment is the thermal mineral water of Valentina's spring spring at a temperature of 32 degrees Celsius. 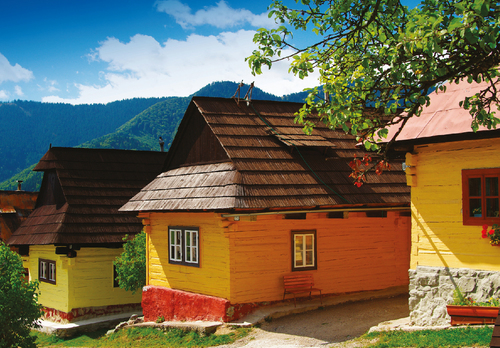 The most preserved reservation of folk architecture in Slovakia. Since 1977, the purely wooden village has been a monumental reservation of folk architecture and in December 1993 it has been included in the UNESCO World Heritage List. The first written mention is from 1376 as the street of Ruzomberok. It originated as a settlement of woodcutters or carbonates. As the only village in Slovakia is not disturbed by new construction. The dominant feature of the village is a wooden bell tower. 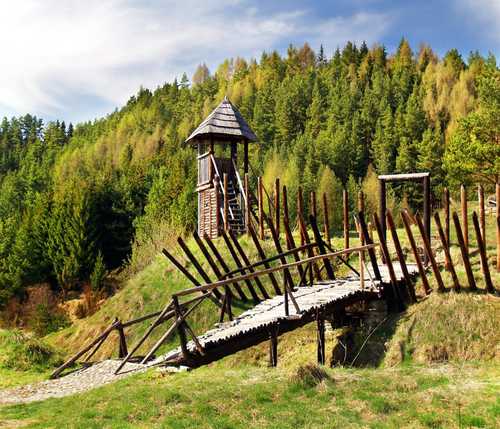 There was discovered the Celtic fortification of the settlement of Kotínov with the Druid Shrine from the 1st century BC. There was a sacred shaft with an altar and sacrifices, stoned stone paths, and Celtic imitations of ancient coins. In the 12th to 15th centuries, there was a Slavic settlement, standing there a medieval wooden wooden castle, fortified with palisades with a ditch and a residential tower. A walled church was built in the later period. Havránok is a settlement from the Latins (Púchov culture) and from the Middle Ages. 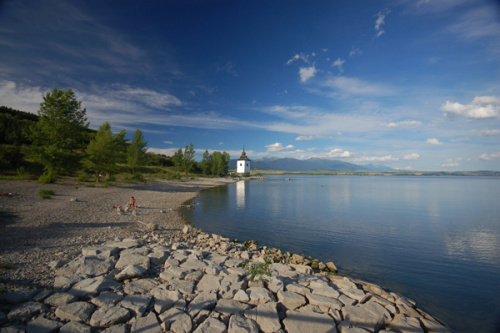 The most important recreation center in the summer. Liptovská Mara is a reservoir at Váh with a capacity of 198 MW, built between 1969 and 1975. The 45 m high is the second largest dump in the Slovak Republic. The reservoir with buffer tank can hold 365 mil. m3, mostly in the Slovak Republic. Its heel is 200 m wide and 1225 m long. The waters of the dam flooded 13 villages, Vrbie, Demin, Sokolce, Lipt. Mara, Sestrč, Nižná and Vyšné Dechtáre, Lipt. Sielnica, Parížovce, Paludza, Ráztoky, Cernice /. The smallest houses are transferred to the Pribyline skanzeme. These are the monuments: the Gothic-Renaissance chateau in Paris, the original Gothic churches in Liptovska Mare, Sielnica, log houses of precious folk architecture. An exception is the articular church of Paludz, which was transferred to the outskirts of Lazisko. 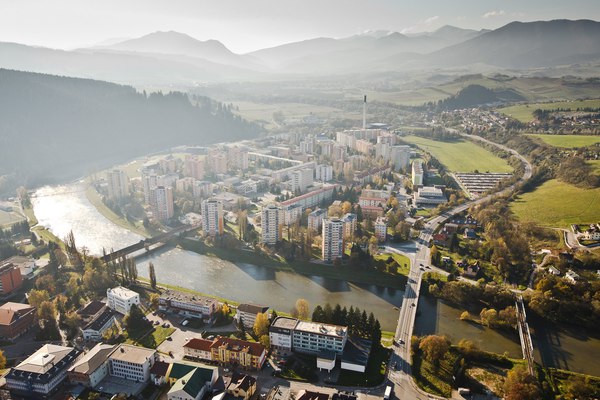 Dolný Kubín has developed from the very beginning as a craft-breeding village. The development of handicrafts and markets has made it an excellent location on a business route that has connected Slovak Mining Towns with Polish Market Centers. The longest nutrition of Dolnokubincans' stonemasonry craft. At the beginning of the 14th century, the mason is mentioned as a stone for the production of grinding agents, jars. Dolnokubinski mizmari, tailors, cakes, furriers, blacksmiths, tortoises, millers, meat mills, bakeries, chefs, carpenters, cooks, and others served the castle master and were not rewarded by promotion to the status of loyalists. 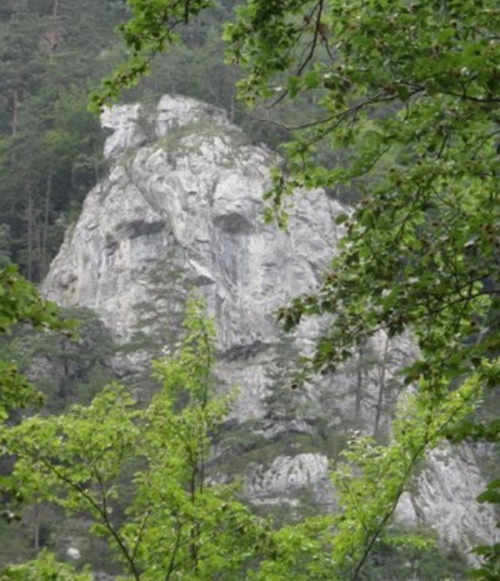 This valley, which is considered to be one of the most beautiful valleys of the Choč Mountains, is located behind the village of Kvačany. The bottom of the Kvačianska valley is a heavily stepped canyon with the branches of Borovnian and Raztokok. It leads a walkway and a cycle path about 2.5 km along the old stony road from Hut to  Kvačian  , situated high above the bottom of the valley. 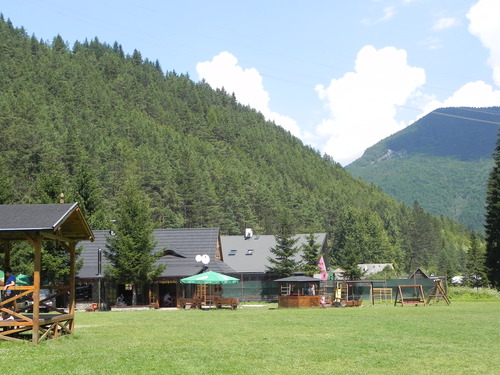 One of the beautiful valleys of the Great Fatra is located near the Ružomberok in the Veľká Fatra National Park and its center runs Čutkovo stream. At the beginning of the valley there are pickles that offer accommodation and restaurant services. There are also playgrounds on which children can have fun. Children can also swim in the Obrovo children's park during the summer. I will find a trampoline, rake, archery area and other attractions. Adults can play in the multifunctional or natural playground. 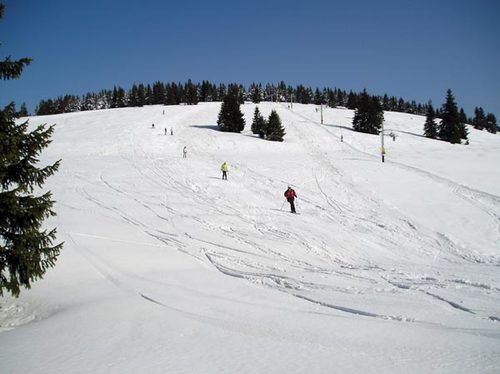 Smrekovica Ski Resort is located on the ridge of the Great Fatra Mountains. Due to its altitude of 1428 m, Smrekovica offers excellent conditions for beginners and families with children without technical snow. There are 2 ski lifts, a ski school, a nursery school and a ski rental. In the resort you can also use cross-country trails, a natural skating rink with illumination and cross-country skiing routes. 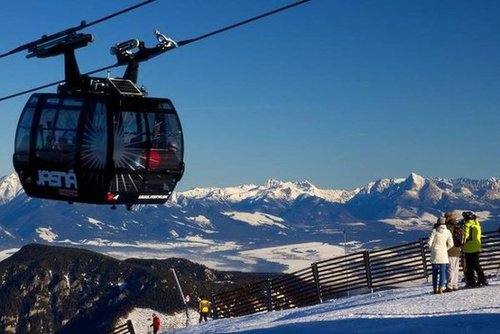 Jasná Low Tatras as the largest skiing arena with excellent conditions for winter sports in Slovakia offers endless opportunities for activities, fun and active relaxation on the northern and southern sides of Chopok. At the top of Chopk you can take the funniest Funitel funicular or a 15-seat cabin. The resort offers 49 km of well-groomed slopes of varying difficulty, suitable for beginners, families with children, advanced skiers, and the world-class race. 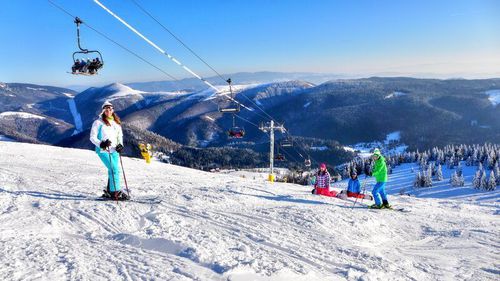 The ski resort PARK SNOW Donovaly is located at the intersection of the National Parks of Low Tatras and Veľká Fatra. The resort belongs to the most famous in Slovakia. Uniqueness of Donovaly is the second largest children's playground in Europe. The total length of the slopes at PARK SNOW Donovaly is 11 km and is 7.4 km technically snowy. Slopes can be found in two arenas: Záhradište and Nová hoľa. While Záhradište is suitable for beginners and intermediate, Nova Hoľa is suitable for intermediate and advanced skiers. Skiers have 2 chair lifts and 14 lifts. 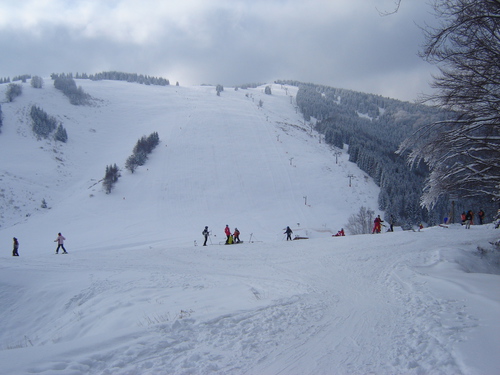 The ski resort Ružomberok - Malinô Brdo is a 5-star resort in the north of Slovakia and is among the most important top resorts. It is the only top center of the suburban type in Slovakia, as the starting point - Hrabovská Valley - is located only 1 km from the center of Ruzomberok.

General terms of service and protection of personal data
f